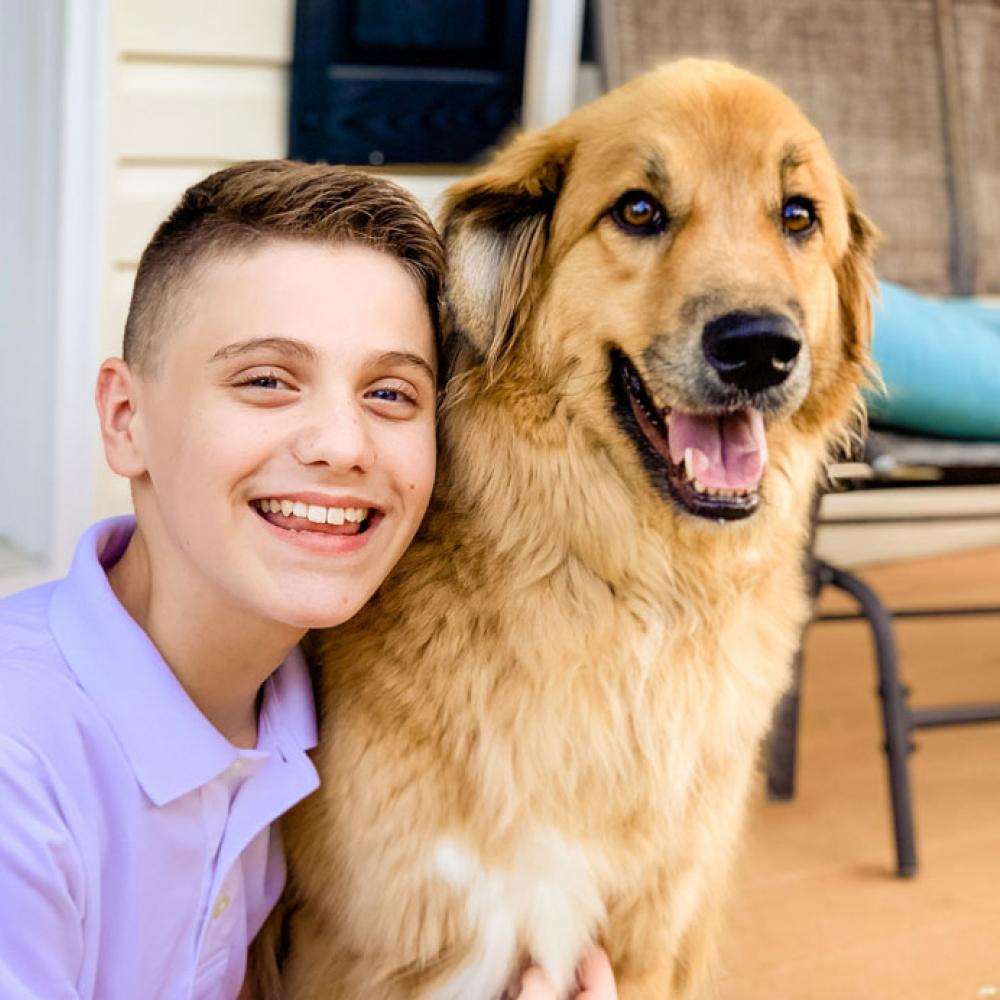 The signs and symptoms that pointed to LGMD

Most people diagnosed with LGMD, and the people who care for them, can look back and see early signs that seemed inconsequential in the beginning. Austin, 13, and his mom, Michelle, share how early signs and symptoms in one active boy began to signify a rare disease.*

Michelle
"Austin has always had enlarged calves. When he was a toddler, I actually looked up why a toddler would have enlarged calves. Of course, the first thing that pops up is muscular dystrophy. I showed my husband who said, 'No, the pediatrician hasn't brought anything up. I think he's fine. He's not having any problems, no family history.' That's all I needed to know. I shut the computer and never thought about it again. Austin's other symptoms started when he was about nine and a half.

Austin
I had a few falls that were random, and I didn't really know why I was falling. My leg would kind of just give out. I blew it off because I fell all the time. I just thought maybe I was clumsy. Then my mom noticed my difficulty going up the stairs. I had to do like a bear crawl to get up the stairs.

Austin describes his journey with LGMD in three words:

"I'm thankful that my mom is in the medical field and understands some of these things; and that I got the right specialist, when some people have been waiting 30 years for a diagnosis."

Michelle
I realized that was kind of unusual, that I needed to take him in and have him looked at. It was right before the school year was starting, and so I scheduled an appointment with his pediatrician. Right around that time, we noticed he had a little bit more difficulty getting up from a seated position. What we didn't know is that it was the classic Gower's sign of putting down the hands and kind of pushing up. And the stairs. He was definitely slower on the stairs.

Austin
Also, I would sometimes fall off the bike because I couldn't go fast enough. It was hard to push my bike up a hill or even just a small slope.

Michelle
Right before his pediatrician appointment, we had signed him up for sports camp because he loves sports and was always actively involved outside playing ball. At the sports camp, I sat one day watching him. He was in a group with several different grades, some who were younger than him. They were outside having a running contest. He was very slow and far behind, and kids who were in grades younger than him were just passing by him like he was standing still. I thought that was also unusual. He came home and said he didn't want to go back to camp the next day.

Not knowing any better at the time, I encouraged him to go back. 'Well, I think you should go back, finish out camp. I know you didn't enjoy yourself today. You can do it!' I didn't realize at that time—because this was probably about a week or so prior to the pediatrician appointment—that he was tired because he was pushing himself too much and his muscles weren't able to recover. I felt guilty about that afterwards.

"Your mind just starts running wild at that point. What could it be? What kinds of things are we looking at here?"
~Michelle, Austin's mom

When I told the pediatrician his symptoms, she said 'Well, let's do some bloodwork and we're going to send you for an x-ray of the hip, just to make sure that nothing orthopedically is going on.' Later that night, Austin had tea-colored urine, which was of course the sign of rhabdomyolysis. When the pediatrician called, she said, 'We got Austin's lab work back and his creatine kinase (CK) level is above the cutoff.' So, she referred us to the Children's Hospital and said, 'You need to go there now. I've already called them, and they are expecting you. Plan to stay a few days.'

That's when your mind just starts running wild. What could it be? What kinds of things are we looking at here? It was definitely something I'll always remember."

After six months of searching for answers, along with genetic tests and a muscle biopsy, doctors diagnosed Austin with LGMD2D. He had just turned 10. Austin, now 13, lives in Virginia with his mom, dad, two sisters, two cats, and two dogs—with a service dog on the way!