Limb-girdle muscular dystrophy (LGMD) is a group of inherited neuromuscular diseases with at least 34 variants, or subtypes, that all cause progressive muscle weakness.

LGMDs collectively affect an estimated 1.63 per 100,000 people (both male and female) globally
Image

In genes responsible for proteins critical to muscle function, regulation, and repair
Image

Around the shoulders, upper arms, hips, and thighs, and sometimes the heart and breathing muscles

What does the term "limb-girdle muscular dystrophy" mean?

The “limb-girdle” is the anatomical term for the area of the body where the limbs—arms and legs—attach to the torso. It includes both the shoulder girdle and the pelvic, or hip, girdle. 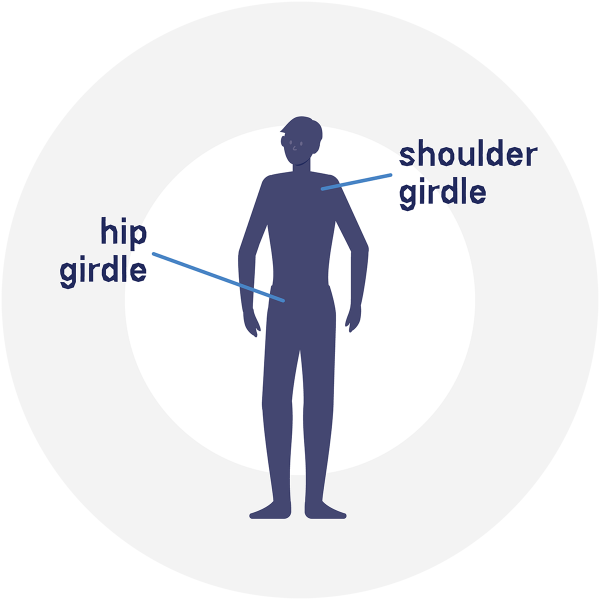 Broadly speaking, the medical term “dystrophy” refers to wasting or weakening of an organ or tissue. It’s most often used in reference to muscle tissue. Thus “muscular dystrophies” refers to a class of diseases that involve weakening and deterioration of muscles, and “limb-girdle muscular dystrophies,” or LGMDs, are those diseases that particularly affect muscles of the limb-girdle region.

The term “LGMD” was first coined in 1954 in a scientific paper that identified these diseases as distinct from other known muscular dystrophies, such as Becker and Duchenne. Collectively, there are at least 34 different LGMD subtypes, each with a unique underlying genetic cause and different outward signs and symptoms. However, they all typically begin with muscle weakness around the pelvic and/or shoulder girdles.

What's the underlying cause of LGMD?

LGMD is an umbrella term for a group of diseases all caused by a mutation, or change, in genes responsible for production of proteins necessary for proper muscle function, maintenance, and repair. Some proteins prevent damage during muscle contraction, others support muscle membrane repair, remove waste, or perform other vital cellular functions.

At least 34 different genes and their mutations have been identified as the cause of an LGMD, each involving a different protein. These genetic variants are considered subtypes of the disease.

How is LGMD inherited?

Most forms of this condition are inherited in an autosomal recessive pattern, which means both copies of the gene in each cell have mutations. The parents of an individual with an autosomal recessive condition each carry one copy of the mutated gene, but they typically do not show signs and symptoms of the condition. Several rare forms of limb-girdle muscular dystrophy are inherited in an autosomal dominant pattern, which means one copy of the altered gene in each cell is sufficient to cause the disorder.

Genes are the segments of deoxyribonucleic acid (DNA) that control the production of important proteins in cells. Genes are contained in chromosomes, structures found in the nucleus of most cells. Each chromosome contains hundreds to thousands of genes. 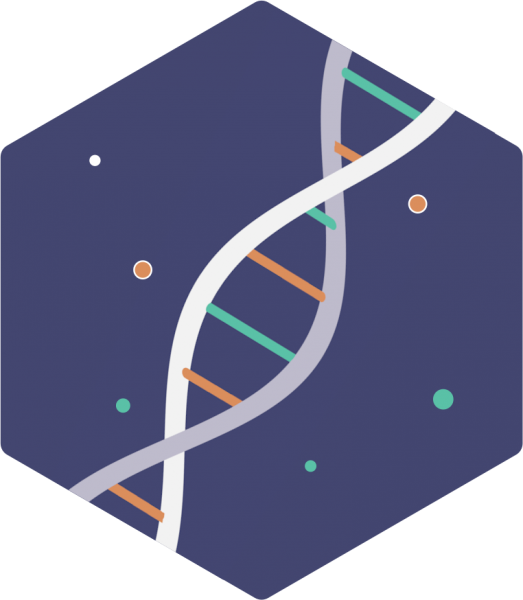 Each human cell contains 23 pairs of chromosomes, one pair inherited from each parent. The first 22 pairs are called autosomes, while the 23rd pair is the sex chromosomes (XX for females or XY for males).

LGMDs are considered autosomal genetic disorders, because the gene mutations occur on autosomes. During reproduction, gene mutations that parents contain in their chromosomes are passed on to offspring.

There are two types of inheritance patterns for autosomal genetic disorders:

Most of the 34 currently identified LGMDs are inherited in an autosomal recessive pattern—requiring two copies of a gene mutation. These are classified as subtype 2 and occur in about 90% of LGMD patients. A smaller group of LGMDs are inherited in an autosomal dominant pattern and are classified as subtype 1.

Who is affected by LGMD worldwide?

Individually, most LGMDs are rare—some forms are estimated to affect as few as 7 in 10,000,000 people. However, taken as a group the 34 currently identified subtypes together affect an estimated 1.63 per 100,000 people worldwide, making LGMDs collectively the fourth most common muscular dystrophy.

Some subtypes are more common in certain ethnic populations and because LGMDs are not associated with the genes that determine sex, they are found in both men and women.

What are the signs and symptoms of LGMD?

LGMD encompasses at least 34 genetically unique disorders that have some overlap but also many differences in signs, symptoms, age of onset, and severity. Some subtypes first cause symptoms in early childhood, others not until adulthood. Some cause very severe symptoms, including heart and breathing problems, while others have milder effects. However, there are some general features across most LGMDs:

In some more severe LGMD subtypes, the heart and diaphragm can also be affected. This can lead to weakening of the heart, irregular heartbeat, and severe breathing difficulties, which may require ventilation machines.

With some subtypes, especially the recessive (subtype 2) LGMDs, blood tests will show elevated levels of an enzyme called creatine kinase (CK). High CK indicates damage to muscles, which may be from the LGMD disease process but can also be a sign of serious kidney disease.

How is LGMD diagnosed?

LGMD can be difficult to diagnose clinically—that is, by the patient’s signs, symptoms, and medical history—as many of these attributes can be very similar to other neuromuscular disorders, especially other muscular dystrophies. There are also many similarities in regards to signs and symptoms across the LGMD subtypes.

Genetic testing can confirm diagnosis and identify the specific mutation subtype. If LGMD is suspected, a gene sequencing panel can be ordered that analyze the at least 34 genes known to cause the disorders to see if a mutation is present in a particular patient, and thus identify the particular subtype. In the past this process could be challenging, slow, and expensive, but today, tests known as next-generation sequencing (NGS) can analyze many genes simultaneously, quickly and cost-effectively.

The decision to order an LGMD gene sequencing panel is usually based on patient symptoms, family history, and other lab tests. Doctors may consider:

How do we find out about genetic testing for LGMD?

There are several programs in the U.S. that offer free, no-cost genetic testing to identify your LGMD subtype. Please talk with your doctor or genetic counselor to understand which program is right for you.

Detect Muscular Dystrophy - Invitae
Sponsored by Sarepta Therapeutics and offered in partnership with the Muscular Dystrophy Association (MDA)
No-charge genetic testing for individuals suspected of having muscular dystrophy. The program includes an LGMD panel test for all subtypes. Tests can be ordered by you or your doctor.
To learn more, visit https://invitae.com/en/detect-muscular-dystrophy/
phone: 1-800-436-3037

The Lantern Project - PerkinElmer Genomics
Sponsored by Sanofi Genzyme
No-charge genetic testing offering an LGMD panel test that includes all LGMD subtypes. Tests can be ordered by your doctor only.
To learn more, visit lanternprojectdx.com
phone: 1-866-354-2910

Rare Genomes Project - The Broad Institute of MIT and Harvard
Sponsored by the Jain Foundation and the Muscular Dystrophy Association (MDA)
Research project dedicated to diagnosis and gene discovery through whole genome sequencing for patients who have a diagnosis of LGMD but have not been genetically tested, or patients that have had prior genetic testing with negative or incomplete results.
To learn more, visit https://raregenomes.org/limb-girdle-muscular-dystrophy
phone: 1-617-714-7395

This is not an exhaustive list of testing options for LGMD. Other commercially available testing options through insurance or self-pay methods can be found at www.concertgenetics.com or https://www.ncbi.nlm.nih.gov/gtr/.

Sign up to be notified about community resources, news and research on LGMD…
Get Updates

At least 34 variants of LGMD exist, each caused by a different gene mutation…
Learn More