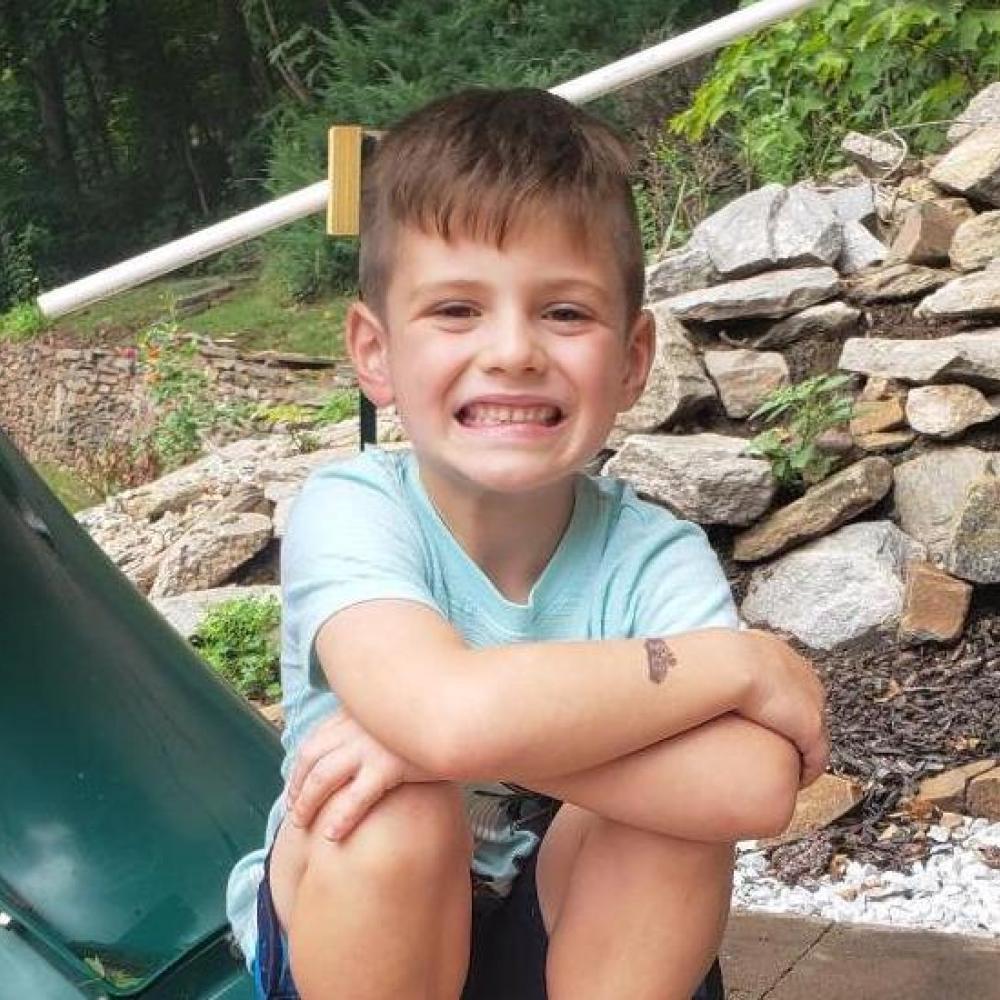 Making the best of an early LGMD diagnosis

Limb-girdle muscular dystrophy (LGMD) is often diagnosed following a series of physical clues. But for five-year-old Jacob, his diagnosis came out of nowhere. Jacob’s mom, Rachel, recounts her journey from making this shocking discovery to fighting for his chance to grow up like any other kid.

“Jacob is a very active five-year-old. He doesn’t walk—he runs. He’s obsessed with superheroes. He's also very polite. His teachers always say how thoughtful he is in class. He’s just an awesome, awesome kid who loves learning and adventure.

"Jacob’s early diagnosis was a blessing in disguise. Now we can be proactive and are committed to staying in front of it."

Jacob ended up getting diagnosed with LGMD because of something else that brought him to the hospital, not from him showing symptoms of the condition. He was riding his scooter and fell. He cried, but it was over in a few minutes and he was back on his scooter. Later that night, he was going to the bathroom and screamed for us. His urine was a very, very dark brown color.

We went to the ER, and fortunately all the scans came out negative for any kind of bodily damage. But they checked his CK [creatine kinase] level and it was over 75,000. He stayed in the hospital for a few days, until his CK level went down. He was discharged on a Monday—his fifth birthday.

He had a follow-up a few days later to check his blood, and his CK was up again. So we did another weekend of IVs, and that's when the doctors started thinking it might be some type of muscular dystrophy. A neurologist saw him and did the genetic test. A few weeks later, we got the phone call that it came back positive for LGMD2D.

My husband Josh and I were totally blindsided. I had never heard of LGMD. Jacob had no signs of slow walking or movement and never complained about aches and pains or anything. Those first few days after the diagnosis were really hard, worrying what it means for Jacob and how it's going to affect him. Josh and I took turns crying in a separate room so that Jacob and his little brother wouldn’t see us and worry.

I started doing research right away. Since LGMD can run in families, we took Jacob’s brother in to test his CK levels. They were normal, so it’s likely he doesn’t have LGMD. To make sure, we plan to do a genetic test in the future.

"I can't control the diagnosis, but I can control what we do with the information and how we drive forward. "

I learned about natural history studies and got Jacob enrolled in one. I also connected with the LGMD2D Foundation. They have done great things for the community over the years, and I am now helping them maintain their website, social media presence and patient advocacy outreach. Things like this help me cope. I can't control the diagnosis, but I can control what we do with the information and how we drive forward.

For support, I have my husband first and foremost—this is our journey, definitely not one I am traveling alone. As we’ve told our family and close friends about the diagnosis, that support system has continued to grow. When I told my best friend, it was like her own son that was diagnosed. She was on the internet doing as much research as I was. Having people like that on our side has been invaluable.

Jacob is still as active as ever, and we want him to be involved and interacting every way he can. We steer him away from team sports—not because he’s not physically capable, but because he’s more likely to push his limits in ways that might not be good for him. Instead, we’re exploring activities like golf and swimming lessons, guitar lessons, and fishing with his dad.

Sometimes we talk to him about his muscles. We say he needs to keep his muscles strong. He knows that when he’s tired, he needs to take a rest. But he has no restrictions at school. We don’t want him to be treated any differently from any other kid in the classroom.

Overall, I feel we’re very fortunate with our journey so far. Right now, we’re ahead of the disease and the progression. Jacob is strong—always on the go. And we’ll do everything we can to keep it that way.”

Last November, Jacob and his family visited an out-of-state clinic as part of a natural history study for LGMD. Rachel told him it was superhero training camp—and the doctors played right along, giving Jacob a certificate for being the “bravest patient.”