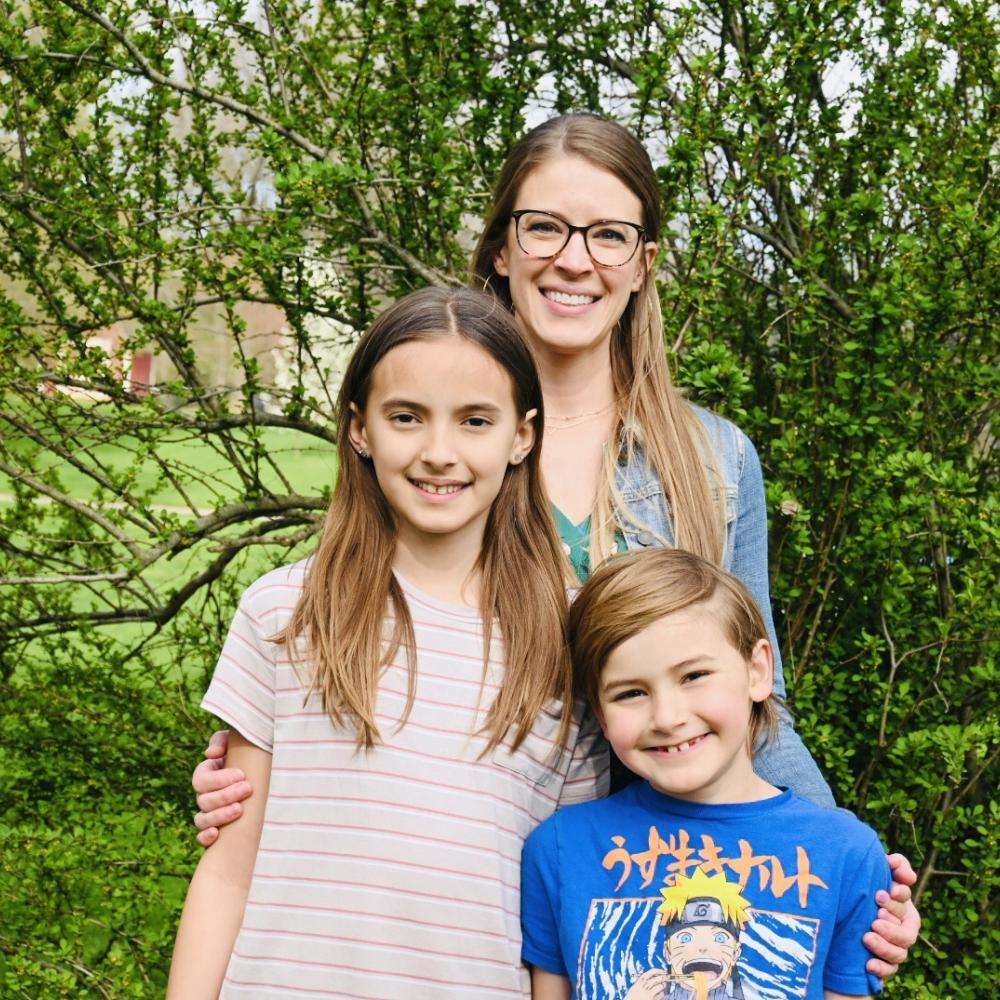 Called to action when your son has LGMD

A limb-girdle muscular dystrophy (LGMD) diagnosis can change plans and priorities for the whole family. As soon as her 8-year-old son, Hudson, received his diagnosis, Faran searched for any action she could take to support his future. She shares her family’s story here.

“Hudson is very much a typical little boy. Loves to play video games. Loves to swim. He loves playing with his buddies. They call each other ‘bro’ a lot. Honestly, he’s such a cool person.

He has always been physically smaller and slower than kids his age. When he was younger, he often had leg cramps. We brought that up several times to our doctors, but it was always explained as growing pains. As time went on, his symptoms became more apparent. Especially with stairs. He could walk up and down, but clearly it wasn’t easy.

Faran describes her experience with LGMD in three words:

"I want to help him make the adjustments he needs, while encouraging him to participate in anything he wants to do."

At his 8-year checkup, we told his pediatrician we wanted to explore physical therapy for Hudson, to try to increase his strength and mobility. The physical therapist had him do different tests—sit down and stand up, walk back and forth, run, and things like that. She noticed red flags all over the place. Based on that, she suspected myopathy [a group of diseases affecting muscles that connect to bones].

His pediatrician ordered blood tests. Hudson’s creatine kinase [CK] level was really high, which led us to thinking it was some form of muscular dystrophy. We were referred to a neurologist. She ordered genetic testing, and that’s when we got the official diagnosis that it was LGMD2D.

It was a big blow. You imagine your kids’ futures, their lives playing out a certain way. It's hard to come to terms with how different that future will look with LGMD.

I think, as parents, we always want to take action for our kids—find a tangible way to move forward and respond to a challenge. So I sought out all the resources that I could find. I got in touch with a nonprofit for patients and families—they were wonderful. I also met people in groups online. Some have been living with LGMD2D for years and years, which helps me imagine what to expect. Others have kids with stories similar to Hudson’s. The whole community has been so helpful to me.

Hudson still goes to physical therapy (PT). And we do stretching routines at home every night. We stretch his feet, his calves, the back of his hamstrings. He does some resistance-band exercises too.

Hudson handles things very well, but he does have days where he gets more frustrated. Like one day when he fell at school while playing tag. He doesn’t like it when his body holds him back. And early on, he'd say he was sad that he had muscular dystrophy.

"We try to keep open communication. Anytime that he's sad about it, I always encourage him to talk to me. It's better to get it out than keep it in."

We try to keep open communication. Anytime that he's sad about it, I always encourage him to talk to me. It's better to get it out than keep it in.

Navigating this diagnosis is a lot, so I’m grateful for the support I get. I have a really good partnership with my ex-husband, Justin. I know Hudson is well taken care of at his dad’s house. Hudson’s older sister, Lucy (11), helps too. She stretches with Hudson at night. She comes to many of his PT appointments and does the activities with him. That makes them more fun and less like work or therapy.

With the PT and stretching, I'm thinking of when Hudson is older. I want to do everything that we can while he's small and he has mobility to support better quality of movement later on. It goes back to that question we have as parents: ‘What action can we take?’ If there’s anything I can do now that might benefit him in the future, I’ll do it.

Faran felt so supported by the LGMD community that she wanted to give back and help it grow. She started a dedicated social media profile, where she posts caregiving tips and examples of how her family manages the day-to-day.

“It's just a fun way to get involved and try to get the word out,” she says. “I'd love it to be a resource for other people looking for ideas or comfort.”