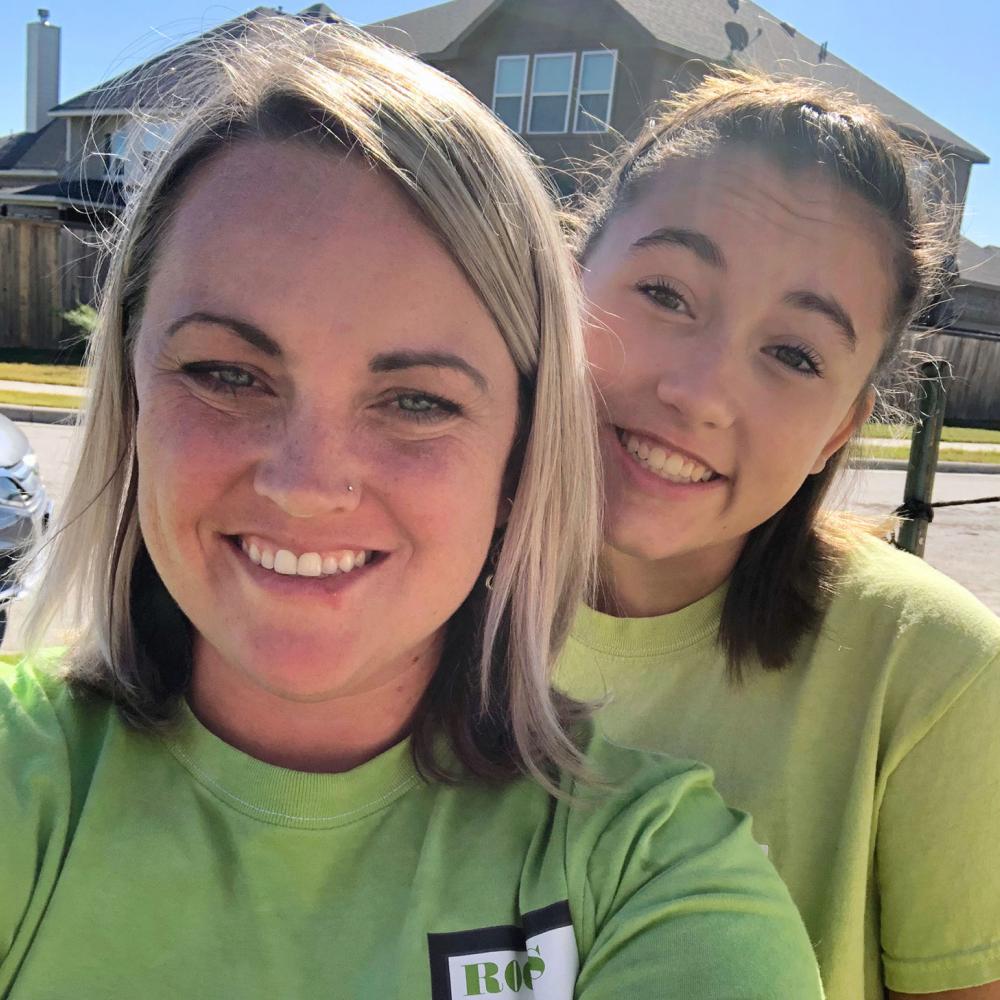 A Journey to Advocacy

In just a few years, 13-year-old Brooklyn transitioned from “I can’t run” to running her own LGMD social media fundraising campaign. She and her mom, Melina, share their journey: from noticing early signs and symptoms to raising awareness and funds to fight the disease.

Melina
“In kindergarten, Brooklyn played baseball and had trouble running the bases. Not like she couldn't play; she just wasn't at the same level as the other kids. And when she did gymnastics, she had—I wouldn't say trouble, because we were never alarmed—but you could tell she was different than other kids in the class. She just needed more help from the coach. But I still never thought something was wrong.

Brooklyn
In school we had to run a mile, and I remember not being able to run as fast as everyone else could. I remember being with friends and I'd say, ‘Walk with me; don't run with me. I can't run.’ I would always be last and I’d get really tired.

Melina
I remember smelling the top of Brooklyn’s head and asking, ‘Why aren't you shampooing the very top?’ Later, when we knew, we realized it was because she was having difficulty holding her arms up to wash the top of her head.

Melina describes her family’s journey with LGMD in three words:

"When we got the diagnosis, we thought, ‘Okay, we can deal with this. She’ll have a great life. It’s just going to look different than we thought."

Brooklyn
When I was 9, my aunt was trying to teach me a cartwheel on the trampoline, but I couldn’t push off and land on my feet. That was one big thing that made us notice something was different.

Melina
Brooklyn’s aunt was recording a video as she tried to teach Brooklyn how to do a cartwheel and later told my mom, ‘It was really odd what Brooklyn was doing.’ Then, she looked at YouTube and saw videos that kind of aligned with muscular dystrophy. She did the research herself, and she asked my mom to encourage me to take Brooklyn to the pediatrician again. So, it basically was my sister. She narrowed it down to limb-girdle before we were even told. That was in May.

Then in October, the day that the neurologist called with her test results, Brooklyn and I were in the car together.

Brooklyn
I remember you pulled onto the side of the road, Mom, and got out of the car. You're on the phone, and then I just see you crying.

Melina
I was crying tears of joy that we had gotten information. I had read about so many people who are undiagnosed—knowing what she had was huge. Just having a name for it: limb-girdle muscular dystrophy, type 2A. It meant so much. So, we call that Diagnosis Day.

"The internet can be such a powerful tool and a way to reach people and raise awareness about limb-girdle muscular dystrophy."
~Melina, Brooklyn’s mom

Melina
It's so touching. The mom of someone Brooklyn went to school with four years ago, who we haven't seen since then, gave $100, which to me is so much money. I think when there's a personal touch, it's just different. When people see a child specifically saying, ‘Hey, please help. This is important,’ you get a different response.

The internet can be such a powerful tool and a way to reach people. But I had to get to this stage. It took me a year after her diagnosis to put it online; I just didn't want to talk about it.

It's funny because now my mindset is completely different. Educating people is so important. We're not going to get the help we need if we aren't willing to talk about it.”

Through their social media efforts, Brooklyn and Melina have raised over $5,100 for limb-girdle muscular dystrophy research. Brooklyn will be attending high school next year and plans to continue educating her classmates, teachers, and friends about LGMD.